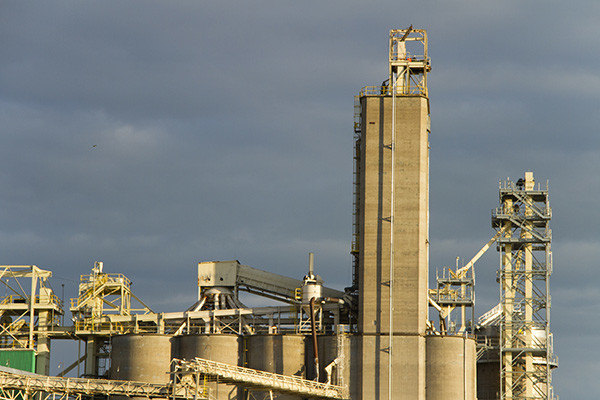 A Missouri grain dealer who stole tens of millions of dollars from farmers may turn out to be their best ally as they try to recoup losses from corn giant Archer-Daniels-Midland Co.

ADM began trial Tuesday in St. Louis with farmers claiming the woman couldn’t have ripped them off without help from the world’s biggest corn processor. From behind bars, where she is serving a nine-years sentence, the dealer’s testimony is set to bolster the farmers’ effort to get back more than just the mere fraction of their losses they’ve recovered from her.

An unfavorable verdict for ADM could taint a mainstay of U.S. agriculture, an industry built largely on relationships farmers have forged over generations with companies that buy their crops and sell them insurance, hedging services, fertilizer and tractors. Farmers across the American corn belt sell their harvests to ADM, or store supplies in its massive bins, before the commodities make their way through a network of grain elevators, barges and ports to markets around the world.

Many grain transactions go through independent dealers, acting as middlemen. Enter Cathy Gieseker, who the farmers say was ADM’s top grain supplier at its facility in Mexico, Missouri.

Beginning in 2002, Gieseker stole $27.4 million from 179 farmers in Missouri’s biggest grain fraud. She reneged on paying for corn and soybeans that she sold, mainly to ADM. She paid some farmers with money from subsequent sales of other customers’ grain, making the decade-long fraud a Ponzi scheme, according to prosecutors.

She was ordered to pay $27 million in restitution, according to a plea agreement. Federal authorities have turned over about $1.4 million to the farmers from her seized assets and her payments.

Now 52, Gieseker is serving her time in a federal prison in Kentucky. Her recorded testimony will be played before the juryWednesday.

The farmers allege in their lawsuit that Gieseker was acting as an agent of ADM and the company is “vicariously liable” for their losses. In deposition testimony, she “testified that ADM instructed her and directed all her activities that involved the grain fraud,” lawyers for the farmers said in a court filing.

“Everything she did was attributable to ADM,” Grant Davis, an attorney for the farmers, said in his opening statement at trial Tuesday.

The lawsuit is “a case of misplaced blame,” Lori Cohen, an attorney for ADM, told the jury of seven women and five men. “ADM is being blamed for a crime committed by somebody else.”

ADM has been investigated by multiple agencies, including the U.S. Justice Department and the Missouri attorney general’s office and no wrongdoing has been found, Cohen said.

“You can bet if there was a shred, a shred of evidence against ADM, it would be charged,” she said in her opening statement.

ADM paid a fair-market price for the grain, she added. “This case is asking us to pay again.”

The farmers allege that internal ADM e-mails show its employees knew as early as 2005 or 2006 that Gieseker was involved in “suspicious business practices” and reported them to their superiors.

Jay Wisniewski, an ADM merchandising employee, told other workers not to interfere with Gieseker because of the volume of her business, the plaintiffs allege. Wisniewski had been named as a defendant in the lawsuits along with ADM before being dropped before trial. ADM said Wisniewski didn’t do anything wrong.

“Everything Cathy Gieseker did was at the direction of Jay Wisniewski,” Davis, the plaintiffs’ lawyer said. To farmers who complained they were getting lower prices than those who dealt with Gieseker, Wisniewski told them: “You need to go to Cathy to get these better prices,” Davis said.

The farmers haven’t provided any evidence to support their claim that Gieseker was acting as an agent of the company, Chicago-based ADM said in court filings. “It is inexplicable how ADM had any duty to inform plaintiffs about the details of transactions to which they were not parties,” ADM lawyers said.

Gieseker didn’t implicate ADM at her sentencing. Federal investigators have said they found no wrongdoing by ADM after a thorough investigation in which the company cooperated.

Gieseker is an habitual liar and isn’t reliable, Cohen, the ADM attorney, told jurors. “Once a liar, always a liar,” she said. “This is who Mr. Davis is asking you to rely on.”

Travis Noble Jr., the lawyer representing Gieseker in the criminal case, said the government wanted her plea “to accept responsibility and not pass it on to anyone else.” He said he couldn’t discuss anything Gieseker said to him because of attorney-client privilege.

Gieseker and her husband, Tim, got into grain dealing as an outgrowth of their trucking business. The business was based in Audrain County, 100 miles northwest of St. Louis, and covered much of northeastern and central Missouri. Cathy Gieseker continued the business after her husband died of cancer in 2007.

Prosecutors said she promised farmers much higher prices than those available on the spot market because of contracts she had with ADM. There were no contracts, prosecutors have said. When prices were rising, she prospered. When they dropped, she foundered.