Bitcoin scam? Here are 3 signs a cryptocurrency investment, ICO or altcoin is a fraud

Bitcoin scam? Here are 3 signs a cryptocurrency investment, ICO or altcoin is a fraud 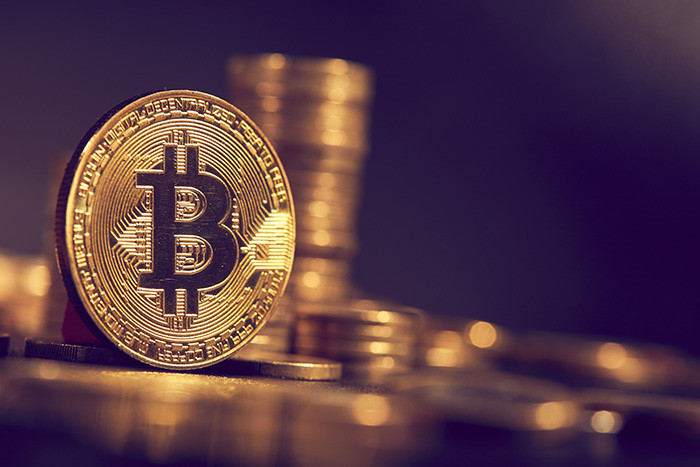 By James Dennin of Mic.com

When perpetrating any kind of scam, it helps to move in a space that’s hard for everyday consumers to understand. It’s safe to say digital currencies, which were confusing to begin with and now come in more than a thousand different varieties, offer fertile ground for fraudsters. One recent scam story making the news pertains to the aptly-named Confido, a new cryptocurrency startup that successfully raised more than $300,000 in investment money through an initial coin offering. Then, according to reports in The Next Web and Inc, the company quickly disappeared.

Altogether the startup was able to raise three rounds of capital from unsuspecting investors who wanted to own a piece of the company’s “trustless escrow payment solution,” using a broker called TokenLot. Confido looked pretty legit — it had a leadership team with head shots, and even published a pseudo-white paper (which has also since been deleted.)

But once the perpetrators had the money, according to a TokenLot statement, Confido’s website, social media profiles and YouTube videos all disappeared, though some pages are still visible through web archives. TokenLot described Confido as an “exit scam,” and said they are working with the FBI to identify the thieves. Token didn’t immediately respond to Mic’s request for comment.

It’s not the first ICO that was later revealed to be a scam. Earlier this month, a cryptocurrency trader named Maksim Zaslavskiy was arrested for securities fraud over his connection to a series of ICO scams, and on Oct. 20 Bloomberg reported yet another cryptocurrency-related arrest, though in that case the hacker was targeting financial institutions.

In part because ICOs are largely unregulated, they’re a breeding ground for scams. Back in March, the security research firm ZeroFOX told ZDNet that it had identified some 3,618 such scams associated with more than 100 million different URLs and websites, the most common of which are phishing schemes, attempts to plant malware, and pyramid schemes — in which new investors are constantly recruited to pay off old investors.

Feeling worried? Whether you’re looking to invest in the next hot altcoin — or are simply intrigued by an ad for the new bitcoin wallet — you can protect your money by learning to identify key red flags (beyond just avoiding unfamiliar ICOs). Here are three examples of warning signs that scammers are involved.

Bitcoin scams are constantly coming and going, Bitcoinist noted, so one of the first things you should do any time you’re vetting a new bitcoin company should be to check if you’re using a secure connection.

Luckily, this is pretty easy to do, if the connection in question has been secured the URL will lead with “HTTPS” as opposed to “HTTP,” or some other alternative. You should also be especially wary of any offerings that appear to be selling a digital currency for below its market price. Always double check prices using a more reputable source like CoinDesk or CoinMarketCap to figure out if something might be too good to be true.

Scammers also tend to use online ads to find targets who are typing “buy bitcoin” or “ICOs” into search engines like Google, according to Bitcoinist. Take care to avoid these ads, and always instead make sure you’re clicking on organic links.

One particularly common form of bitcoin scam, according to ZDNet, are Ponzi schemes or Pyramid schemes. Even BitConnect, currently the largest bitcoin exchange according to the New York Times, has been accused of being a pyramid scheme by high profile members of the cryptocurrency world like Ethereum inventor Vitalik Buterin. His reason? Unrealistic, overly consistent promises about returns.

These schemes are essentially where your venture doesn’t actually make a product or any money — they simply continue recruiting new investors to pay back the old ones you’ve already tapped out. A good red flag to look for are “tiered” or “multi-level” marketing arrangements.

The Securities and Exchange Commission has a good list of other red flags of how to recognize a potential Ponzi scheme, but the biggest one is definitely any venture that offers really high returns with little-to-no risk. Generally, high returns are how you compensate people for taking on lots of risk in the first place — anyone claiming you can have both at the same time is probably trying to rip you off.

A final common form of scam to keep an eye out for? Phishing scams which reach out to members of the bitcoin community using social media or email, with offers designed to get their personal information or access to their bitcoin wallets.

As with other phishing scams, these hackers usually create a veneer of credibility by attempting to impersonate another brand you actually use, like Netflix or Google Docs. As ZDNet notes, if the thieves in question are after your bitcoin, they’ll probably request that you enter your “bitcoin key” so that they can empty your wallet.

The best ways to avoid being on the receiving end of a phishing scam are to always avoid clicking on links from companies you’re unfamiliar with and triple checking the sender and URL information, even if a firm seems familiar. If you receive an email with suspicious links or that requests your personal information, delete it. And if you simply must investigate the offer, use an outside search engine, since links in emails can easily be disguised.