Day Traders Think They Can Win in Online Ponzi Schemes

Day Traders Think They Can Win in Online Ponzi Schemes 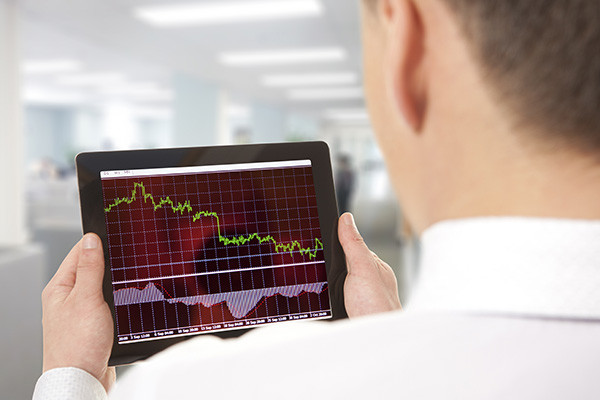 Software makers and speculators help to keep $47 million a year flowing through a world of fraudulent investment schemes.

By Eduardo Thomson and Janan Hanna of Bloomberg.com

It’s the financial equivalent of a game of chicken: Put money into a likely Ponzi scheme, get paid for a while, and then try to get out before the collapse.

That’s how some people seem to be using online “high-yield investment programs,” or HYIPs. The sites promise ludicrous returns—the equivalent of 1,000 percent or more annually—based on vague investment plans involving, say, bitcoin or currency trading. In reality, many are just passing money from new investors to old ones, and they’ll fail once they run out of recruits. Dozens of sites pop up every week; HYIP aficionados can track them on aggregator websites that purport to rank the schemes.

“Ten years ago, people didn’t know” that HYIPs were Ponzis, says Christian Mueller, a self-taught coder who sells software kits used to create HYIP sites. He says he learned about the business after losing a couple of hundred dollars in an HYIP in 2006. Now, he says, many participants are just “speculating when to get in and when to get out.”

That may make HYIPs sound like an almost victimless variant of gambling, but many participants aren’t in on the scam. A study by two security researchers, Richard Clayton of the University of Cambridge and Jens Neisius of the Technical University of Munich, suggests that only 21 percent of HYIP users know they’re putting money into a fraud. Even speculators in the know, the study estimates, lose an average of 24 percent of their investment. In all, $47 million flows through HYIPs each year, Clayton and Neisius say.

Among those who can make money are the aggregators, who are paid by HYIPs to rank them, as well as kit programmers such as Mueller. Clayton and Neisius say such kits, which sell for $130 to $1,000, allow people with few programming skills to quickly set up an eye-catching site, with payment systems and stock photos of happy customers.

Mueller, who was interviewed via Skype after he responded to an e-mail, says he’s doing nothing illegal and has never been questioned by foreign or local authorities about his work. He declined to reveal his location, other than to say he lives a few hundred miles north of Bangkok. “I see this as just providing a service,” he says. “If I don’t do it, others will do it.” Indeed, Mueller’s product, SurfscriptPro, is just one of dozens. Clayton and Neisius estimate that successful software writers and aggregators are able to earn far more than the average HYIP operator.

Another group that tries to profit are so-called referrers. They put money into HYIPs but also receive a commission for bringing in new investors. Max Guimaraes, a retiree from the town Artur Nogueira in Brazil, says he complements his pension by running a website called maximusconsultor. com. It funnels investors to three HYIPs in which he says he’s invested about $1,500 of his own money. He says all three have proven to be “serious.”

One of the HYIPs, Coince.com, says it’s a wholesale power distributor incorporated in the U.K. The website says the company sells electricity to bitcoin miners, whose powerful computers can rack up huge utility bills. Coince says it can double investors’ money weekly “within a safe and non-risk investment environment.”

E-mails and calls to Coince’s office went unanswered. A visit to its London address found no company called Coince or Power Supplies & Equipment, another name listed on the site. A Coince ad shows an exultant investor praising the program. The same person also appears on fiverr. com, a site where anyone can pay as little as $5 to generate a promotional video.

The U.S. Securities and Exchange Commission warns on its website that HYIPs are “often frauds.” It’s frozen the assets of U.S.-based sites it says are Ponzis, including a Utah-based company called Traffic Monsoon in July. But HYIPs are an international game. Although U.S. authorities work with foreign agencies, overseas fraudsters can be hard to track down, says John Reed Stark, former chief of the SEC’s office of internet enforcement.

Mueller says the would-be scammers sometimes end up being the ones who lose. To make an HYIP seem convincing, they may need to pay out a bit of their own money to investors at first. Mueller says some naive HYIP operators get hit by investors who quickly pile in and then flee en masse after a few payments. The scheme falls apart before it can draw in a critical mass of gamblers and the gullible.