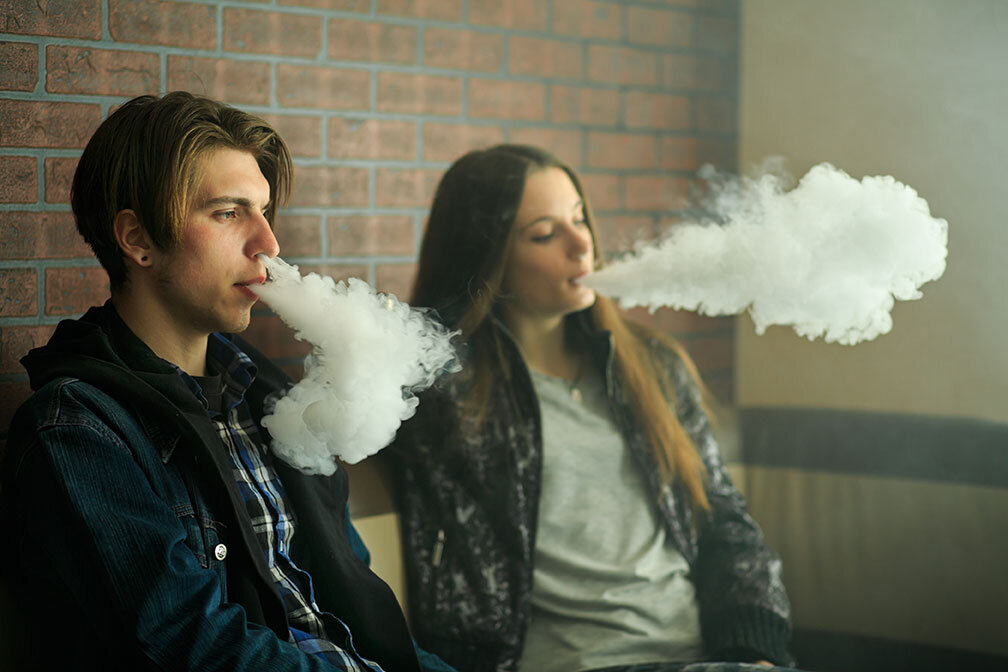 By Sandra Chapman of WTHR 13 in Indianapolis

A Carmel, Indiana family is taking on one of the largest e-cigarette manufacturers in the country.

In a federal lawsuit filed in Indiana, Tom McCullogh said high levels of nicotine and youth-centered marketing caused his son to become addicted and is behind a growing crisis in central Indiana.

In the 18-page lawsuit, McCollough said his son began “juuling” at the age of 15 and quickly became addicted to Juul e-cigarette products.

According to the lawsuit, Juul creates flavors to appeal to teens and has had a marked effect on underage vapers. In addition, the suit alleges the Juul pod delivers a “dose of nicotine with with stronger narcotic effects than a cigarette.”

A spokesman from Juul sent 13 Investigates the following response to the filing:

“(The lawsuit) is without merit and we will defend our mission throughout this process. We strongly advocate for Tobacco 21 legislation, we stopped the sale of non-tobacco and non-menthol based flavored JUUL pods to our traditional retail store partners, enhanced our online age-verification process, strengthened our retailer compliance program with over 2,000 secret shopper visits per month, and shut down our Facebook and Instagram accounts while working constantly to remove inappropriate social media content generated by others on those platforms. It was our hope that others in the category would self-impose similar restrictions to address youth usage, and it is now our hope that regulators will impose these same restrictions to protect youth and to preserve the opportunity to eliminate combustible cigarettes, the deadliest legal consumer product known to man.”

The McCollough’s are seeking damages for what has happened to their son and punitive damages against Juul for its marketing actions.