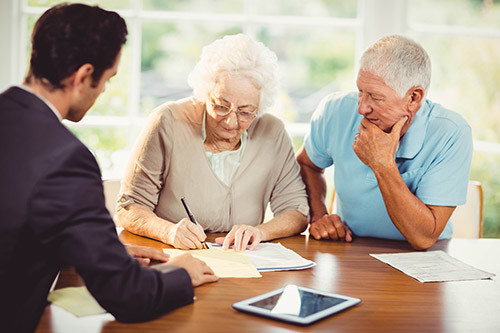 By Katherine Rosenberg-Douglas of the Chicago Tribune

The Federal Trade Commission filed a civil suit against him in 2003. The Illinois Department of Financial and Professional Regulation suspended his loan originator registration in 2010.

But it took until Mark Steven Diamond  – who also went by the name Mark Stevens – was accused of stealing a total of $10 million of equity in the homes of at least 122 elderly victims before he was arrested on Monday and, on Tuesday, upon appearing in federal court, was charged in connection with wire fraud and engaging in a financial scheme, according to FBI Special Agent Garrett Croon, a media coordinator for Chicago.

Diamond, 60 and of Chicago, is suspected of working with at least five co-conspirators, officials said, defrauding seniors by fraudulently obtaining home loans in their names and keeping the profits.

A judge determined Tuesday that he is to be held until his next hearing, investigators said.

“Diamond knowingly participated in a mortgage fraud scheme by using a name and registration number belonging to another loan originator for compensation or gain due to the fact that Diamond’s registration was expired,” Popovits wrote in an affidavit meant to establish probable cause to arrest Diamond.

The main focus of the investigation was into reverse mortgages, Popovits wrote, as she explained what they are and who is eligible.

“A reverse mortgage loan is available to homeowners age 62 or older and allows the homeowner to borrow the equity in their home minus fees and costs. It may only be secured by a primary residence for which all title holders are borrowers and are age 62 or over. To be eligible, borrowers must receive reverse mortgage counseling explaining the fees, costs, and ramifications of getting a reverse mortgage. Reverse mortgage payouts can be in the form of a line of credit or lump sum, with limits on the size of the lump sum payout,” she wrote.

The victims of the scheme mainly were seniors on Chicago’s West Side, officials said.

The investigation involved: “Reviewing records, including records of victims, reverse mortgage lenders, title companies, the Cook County Recorder of Deeds, numerous financial institutions, the Federal Reserve, telephone companies, the Secretary of State of (both) Illinois and Indiana, the Illinois Department of Financial & Professional Regulation and HUD, as well as documents, including affidavits of victims, filed in civil suits against Diamond,” Popovits wrote.

She added that the oldest victim was 98 and outlined the way he is alleged to have carried out the scheme. Authorities said Diamond: