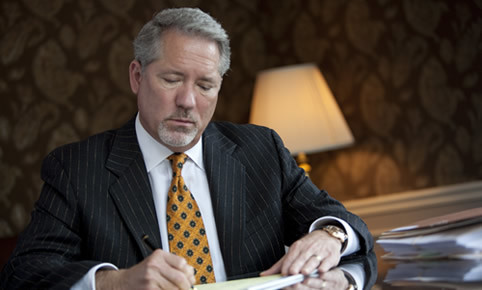 A former Logansport man received a 7 1/2-year sentence in federal court on Thursday and was ordered to pay back the $985,000 he’s accused of fraudulently obtaining.

Larry Westby, 65, Vanderbilt, Michigan, was indicted in August 2016 on charges of mail fraud, money laundering and fraud in the offer and sale of securities. The FBI, IRS and Indiana Secretary of State’s office accused the former Logansport resident of fraudulently obtaining about $985,800 from investors and causing losses to investors of about $903,128. Westby started a company called LMW Inc. he based in Indianapolis with the reported objective of selling respiratory therapy protocols.

Westby pleaded guilty to one count each across all three of the charges in a plea agreement filed in U.S. District Court Southern District of Indiana in Indianapolis in May 2017.

As a licensed respiratory therapist, Westby started LMW in 1997 with purported intentions of selling respiratory therapy protocols allowing doctors to treat patients in their offices rather than hospitals, according to court records.

Westby never registered his company with the Indiana Secretary of State to issue stock and used mail, email and LMW’s website to deceive stockholders and potential investors about the company’s financial condition, his indictment states.

Between 2010 and 2013, Westby fraudulently acquired funds from 29 investors “through the offer and sale of shares of purported common stock in LMW,” according to the indictment.

Scott Starr, a Logansport-based attorney who investigated LMW on behalf of some of its investors, told the Pharos-Tribune in August 2016 that over 20 Cass County and Pulaski County residents invested in LMW.

Whether the punishment fits the crime depends on one’s perspective, LaDow also said.

“I guess 7 1/2 years is a long time but for at least a couple people I know whose lives were destroyed by it, it doesn’t seem like a long time,” he said. “But I’m glad that he got some time. I’m happy about the restitution part too. I hope a lot of these people get at least their investment back, which they deserve for sure.

“I’m pleased,” LaDow continued. “I’m just sorry it took so long for justice to be served. I guess evidently in the end he got what was coming, that’s the most important part.”