We help family members receive compensation after the wrongful death of an adult loved one, as well as a child.

When a family member dies it can be a very emotional and gut-wrenching experience. Unfortunately, when that death was caused by another person, in addition to having to deal with the grief and loss the surviving family members may also be left with complicated legal issues.

A wrongful death lawsuit may be necessary if a loved one dies as a result of a truck or automobile accident, work related injuries, medical negligence, or injury from a defective product, for example.

Even when a death is accidental in nature, if there is negligence involved, it may allow surviving family members to get compensation for their loss. The Indiana Wrongful Death Statute, and accompanying case law have confirmed what kinds of damages are, and are not allowed, and it depends on many factors surrounding both the decedent and the surviving family members.

If a decedent has left behind surviving dependents, such as a spouse, dependent children or other dependent next of kin, then the following damages may be awarded, taking into consideration both the decedent’s age, health and life expectancy and how long the dependents were expected to remain so:

If a decedent, on the other hand, did not have any dependents since he or she was unmarried, but did have either parents or non-dependent children who survived, then, as long as those parents and/or children had a genuine, substantial and ongoing relationship with the decedent, they could be awarded damages for loss of love and companionship. 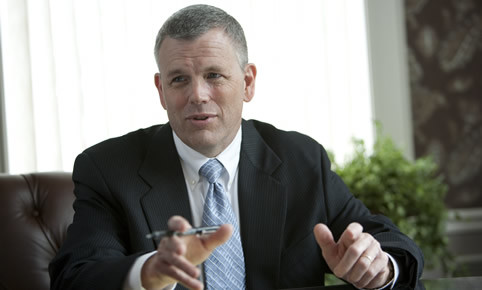 A loss of a family member can be one of the most gut-wrenching time in your life. We have legal answers to help you through this time.

In addition to the damages listed above, the personal representative of the decedent’s estate could also be entitled to damages in a wrongful death action for the following:

As mentioned previously, Indiana has specific statutory laws about wrongful death in this state, and they can be complicated, with issues experienced attorneys should handle for you. The attorneys at Starr Austen & Miller are experienced in this specialized area of the law and are here to assist you to get the maximum compensation allowed by law for your circumstances.

If you’ve lost a loved one due to someone else’s fault or negligence, please contact us with the form on the right.

Mediation, as used in law, is a form of alternative dispute resolution (ADR), a way of resolving disputes between two or more parties with concrete effects. Typically, a third party, the mediator, assists the parties to negotiate a settlement. Disputants may mediate disputes in a variety of domains, such as commercial, legal, diplomatic, workplace, community and family matters.