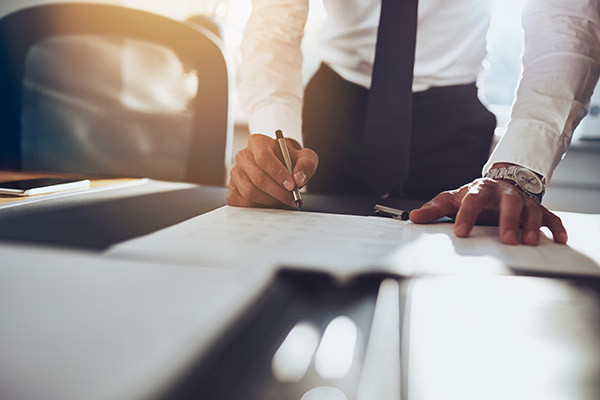 Financial industry regulators have permanently barred a local broker alleged to have participated in a Ponzi scheme.

The Financial Industry Regulatory Authority said Tobin Joseph Senefeld of Indianapolis has been disbarred from associating with any FINRA member institution, according to its monthly disciplinary report released last week. The sanction is related to a 2015 civil suit filed by the Securities and Exchange Commission that claimed Senefeld and two others operated a multimillion-dollar Ponzi scheme involving farm loans.

According to FINRA, Senefeld was banned because he refused to provide on-the-record testimony about the Ponzi scheme allegations. Senefeld, who ran Pin Financial LLC, agreed to the punishment in September without admitting or denying findings.

Senefeld’s co-defendants, Matthew D. Haab and Jeffrey B. Risinger, both have settled the civil suit for about $184,000 and $100,000, respectively. Senefeld and the SEC failed to reach a settlement at an in-person meeting Oct. 28, according to court filings, so Senefeld’s case remains on course for trial.

The civil case claimed the trio raised $15 million from 80 investors in 2013 and 2014 to fund farm operating loans. When loans soured, the perpetrators repaid old investors with new investor money, the SEC said, creating a classic Ponzi scheme, according to the SEC.

When SEC officials intervened, investors were owed about $8 million. The receiver in the case, William E. Wendling Jr. of Indianapolis-based Cohen Garelick & Glazier, told IBJ in October that investors in the case are set to recoup about $6.6 million—a higher-than-typical amount for Ponzi scheme cases.

This is not the first time Senefeld has been reprimanded by securities regulators. Over 24 years at eight firms, FINRA or its predecessor sanctioned him 17 times for alleged transgressions, including a free-riding scheme in 2000. Free-riding involves trading securities with expected cash instead of actual cash.