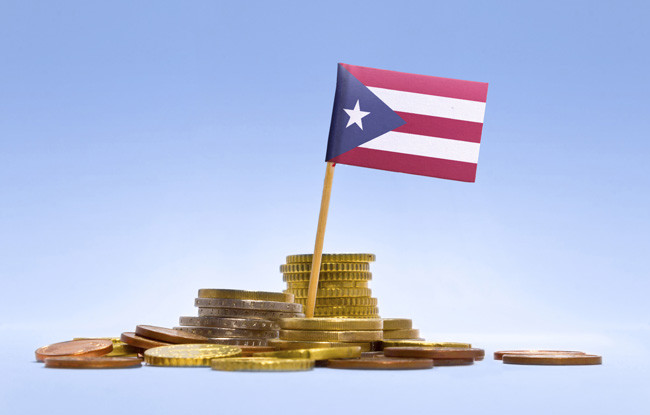 A closed-end fund is a publicly traded investment company that raises a fixed amount of capital through an initial public offering (IPO). The fund is then structured, listed and traded like a stock on a stock exchange.

Ana Teresa Lopez-Gonzales and Andres Ricardo Gomez received about $2.4 million in damages and about $480,000 for attorney’s fees, according to a FINRA filing.

Lopez-Gonzales and Gomez were part of a group of investors who filed a $10 million claim against UBS Financial Services Inc. of Puerto Rico in 2013. The claim asserted unsuitability and misrepresentations regarding UBSPR’s closed-end funds. The other investors had previously settled their claims with UBS.

In a July 28 filing, UBS claims that investors in the company’s Puerto Rico closed-end funds have filed more than $1.1 billion of claims.

Investors allege that UBS steered customers into risky funds that invested mostly in securities issued by Puerto Rico. The value of the investments tanked as Puerto Rico’s fiscal crisis worsened.

Some investors claim that UBS advisors offered loans to invest in the funds and manipulated a secondary-market for their shares.

In a statement, UBS expressed disappointment with the decision to award damages, noting that the decision in this case was based on the “facts and circumstances particular to these individual claimants,” and does not indicate how other panels may rule with regard to other customers who invested in similar products.