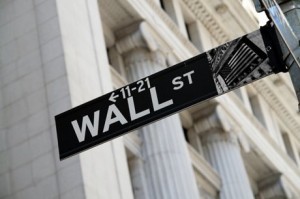 Mario Massillamany  announced today that the firm is investigating the recent Facebook IPO and any possible securities fraud that occurred before, during and/or after the process. Mario Massillamany said “If someone acquired or purchased shares of Facebook common stock (FB) during the Facebook IPO on May 18, 2012, or soon thereafter, we advise they contact a securities fraud attorney to help determine their rights to recovery.”

According to the Wall Street Journal, the $16 billion IPO stock’s initial public offering on May 18th was at $38 per share. Before the IPO occurred on May 9th, during the investor roadshow, Facebook filed an amended prospectus with the SEC. In this amended prospectus the company expressed caution about revenue growth due to a large group of users using mobile devices for viewing the site.

Bloomberg reported that the lead underwriter, Morgan Stanley, had to prop up the stock price the first day to keep it from dipping below the initial offering price. The stock closed on the first day with a mere 23-cent gain.

As reported by Reuters, the stock price has continued to drop thereafter, with Facebook shares falling 18.4 percent in the first three days, reducing the value of the stock sold in the IPO by more than $2.9 billion.

Questions are now being asked about what went wrong. Many are now focusing on the actions of Morgan Stanley, who reduced its revenue forecasts for the company right before the IPO, during the investor road show. Mario Massillamany has stated: “The question that is now being asked is whether Morgan Stanley only told certain institutional investors and major clients of this revised forecast, or spread the word more broadly. Clearly the market requires full disclosure to all for it to work properly and fairly.”

In addition to the focus on Morgan Stanley there are also reports that JPMorgan Chase and Goldman Sachs, who were also major underwriters on the IPO, also revised their estimates in response to Facebook’s SEC filing from an article from The Fiscal Times.

Scott L. Starr, a partner in the firm explained, “The problem with selective disclosure is that such earnings forecasts are material information — with all the legal meaning that this term implies. In this case, Morgan Stanley, JPMorgan Chase and Goldman Sachs would have had privileged information because of the access to company management in their role as underwriters of the IPO. If, as has been alleged, each of these firms then cut their earnings forecasts right before the IPO but did not share this information with the public, but only with a select few, they most likely violated several different securities laws. These laws were designed to keep the market fair and efficient for all investors, not just the privileged few who have their ear near the elites.”

Starr then went on to explain why these actions are especially grievous in this case. He stated, “Not only is selective dissemination of material information unfair and unjust in any situation, it is particularly so when, such as in this case, so many individuals planned to invest in this stock. When institutional investors know something not told to individuals, and there is a large loss of billions of dollars, the persons who bears the brunt of the loss isn’t the big boys, its the little guy.”

The attorneys at the Logansport, Indiana law firm of Starr Austen & Miller focus on the area of investment and securities fraud. They have handled cases involving overconcentration, misrepresentation, broker theft of money, malpractice, negligence, churning, breach of trust claims, as well as securities arbitration.