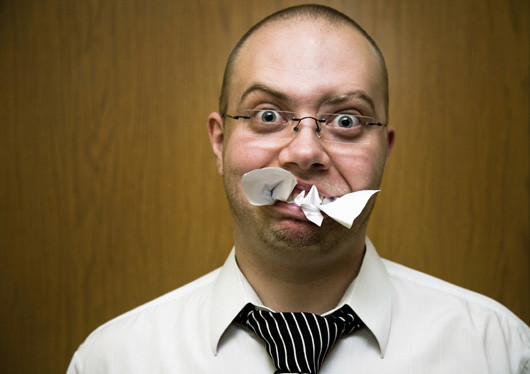 Steven Metro, a former managing clerk at the prestigious New York law firm Simpson
Thacher & Bartlett, was the third individual to plead guilty for conducting an insider
trading scheme in which evidence written on a napkin was consumed to conceal the
impropriety.

Metro pleaded guilty to one count of securities fraud, as well as one count to commit
securities fraud and tender offer fraud. A third count was dismissed before U.S. District
Judge Michael Shipp in Trenton, New Jersey. Attempts to reach Metro’s lawyer, James
Froccaro, have not been responded to.

Prosecutors say Tamayo would then head to a specific clock located within Grand
Central Terminal where he would show the acquired data or symbol on a napkin or
Post­it to Vladimir Eydelman, a Morgan Stanley stockbroker.

It’s believed that once Eydelman had memorized the note, Tamayo would then swallow
whatever he had wrote the tip on.

Eydelman, from Colts Neck, New Jersey, made approximately $5.6 million of illegal
profit from at least 13 corporate transactions based off of Metro’s tips. Prosecutors say
Metro’s take was just $168,000.

Authorities say in early 2014 Tamayo started to secretly record his two partners, which
ultimately led to the demise of the scheme. One conversation recorded has Eydelman
giving Tamayo, $7,000 to help Metro renovate a new home, after Metro expressed a
desire to detach from the situation.

Metro is faced with up to 20 years in prison on the securities fraud count at his
upcoming sentencing trial, but is expected to receive much less. He must forfeit all
illegal profits and more than likely will face a hefty fine. Both Tamayo and Eydelman
have pleaded guilty and are awaiting sentencing.

Simpson Thacher and Morgan Stanley have not been accused of any wrongdoing.
Metro and Eydelman were fired, respectively.