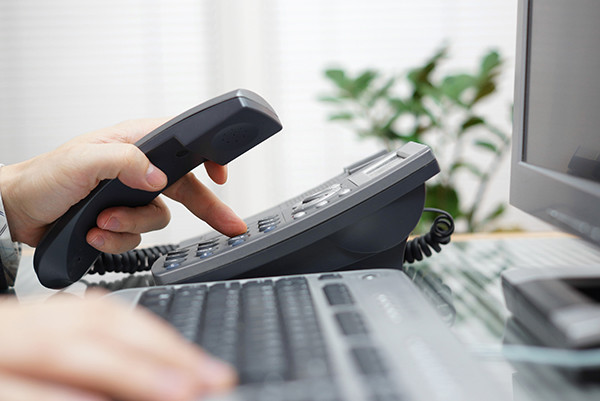 By Miriam Jordan of The Wall Street Journal

Federal authorities said Thursday they had dismantled a massive call-center scheme perpetrated by individuals in the U.S. and India who bilked thousands of Americans out of hundreds of millions of dollars by posing as Internal Revenue Service and Department of Homeland Security officials.

An 81-page indictment names 56 people in the U.S. and India and five call centers in Ahmedabad, India, allegedly involved in the fraud. They were charged in a Texas federal district court in Houston with crimes including impersonation of a U.S. officer, identity theft, money laundering and wire fraud.

In the U.S., federal agents arrested 20 people in connection with the scam. Individuals were arrested in Alabama, Arizona, California, Florida, Illinois,Indiana, New Jersey and Texas.

It was unclear Thursday night if the defendants had legal representatives.

Callers in India phoned individuals in the U.S. and demanded that they make payments to clear purported unpaid taxes or debt to avoid arrest. Their co-conspirators in the U.S. collected the victims’ funds, laundered them and transferred them to India, according to the indictment.

The scheme often targeted individuals who were elderly or immigrants with solid credit scores, according to investigators. The swindlers obtained lists with names and dates of birth from aggregators and marketing companies and researched the victims before preying on them. Immigrants were told that they would be deported if they didn’t pay up, investigators said. Often a federal agency’s name showed up on the recipients’ phone identification, lending legitimacy to the call.

“For nearly four years, this criminal network used a variety of schemes to trick frightened individuals over the telephone by tapping into their worst fears—arrest, deportation and other problems with the U.S. government authorities,” said assistant attorney general Leslie R. Caldwell.

The fraud didn’t always end with a phone call. In Colorado Springs early this year, scammers called 911 after a man failed to withdraw money to pay four years of supposed back taxes. They told a dispatcher that the individual was armed and ready to kill cops. Within minutes, more than a dozen armed police officers surrounded his residence. No one was hurt, authorities said.

“The scammers were ruthless in their pursuit of their victims,“ said Peter T. Edge,  a senior Homeland Security Investigations official. “They conveyed authority and a sense of urgency that left their victims terrified.”

The takedown is the culmination of a three-year investigation by U.S. Immigration and Customs Enforcement’s Homeland Security Investigations, the Department of Homeland Security’s Office of the Inspector General and the U.S. Treasury’s Inspector General for Tax Administration. It represents the largest law-enforcement action ever conducted against a telephone scam, authorities said.

The U.S. has been struggling to combat an epidemic of scams targeting Americans online and by telephone. Authorities said that the fake call-center enterprise they cracked by tracing thousands of transactions is likely to be just the tip of the iceberg.

“We are still actively conducting other investigations, and we hope to bring more cases in the future,” said J. Russell George, inspector general for the Treasury Inspector General for Tax Administration.

Victims described a fast-moving sequence of events in which callers ensnared them by sounding professional and conveying a sense of urgency. Many of them said they are still struggling to process what happened and to put it behind them.

“There’s a profile of a vulnerable person; I don’t fit that mold,” said Christine, a medical-device saleswoman in California in her mid-50s.

In 2014, Christine received a call from a 202 area code, which she recognized as being from Washington, D.C. A woman with an American accent identified herself as an IRS official, even citing a badge number. She quickly passed Christine to a second individual who had a strong command of the English language while speaking with an Indian accent. He told her that she was in violation of a statute, which he read. To prevent law-enforcement from arresting her the next day, he said, she must immediately pay $6,850.

“They knew where I was,” recalls Christine, who asked that her last name not be divulged. Federal officials confirmed her account.

Coincidentally, Christine was being audited by the IRS for medical deductions she had claimed in connection with cancer treatment. She chalked up the slight disparity between the sum demanded by the caller and what she actually owed the IRS to accumulated interest.

Still, she asked to speak to a supervisor. Yet the individuals “reeled her in,” she said, talking over her and threatening her. “I tried to appeal to their humanity, kept telling them I was a cancer victim,” she recalled.

Soon Christine was driving to a bank to collect money, which she was directed to load onto stored-value money cards available at a local grocery store. She then followed instructions to transfer the funds to the criminal network.

“When the veil lifted, I couldn’t freakin’ believe it; I tried calling back and the line was dead. I just got a fast beep,” she said. She contacted the U.S. Treasury.

Joseph, another victim, is a retired military serviceman whose ordeal began with a call on Election Day in 2014. His account of the scam is virtually identical to Christine’s, down to the cash cards. By the time it was over, Joseph had parted with $25,000.

“You just don’t think it is going to happen to you,” said Joseph, who is in his 60s, and didn’t want to be identified by his full name. “You feel so ashamed.”

The Treasury Inspector General for Tax Administration has received more than 1.8 million complaints from individuals reporting calls from swindlers impersonating IRS officials since it began tracking such scams in 2013. More than 9,600 victims have paid more than $50 million.

U.S. authorities said that so far they haven’t cooperated with Indian authorities.

In the latest scam, co-conspirators in the U.S. often laundered the proceeds by purchasing gift cards for big-box retailers and then selling them online at a discount. They directed some victims to wire them money through remittance companies like Western Union, the indictment said.

The perpetrators used hawalas, or informal money handlers, to receive the funds. At least one suspect used the proceeds to pay for a child’s university tuition in the U.S., authorities said.