Whistleblower Tips, Recoveries on the Rise

Whistleblower Tips, Recoveries on the Rise 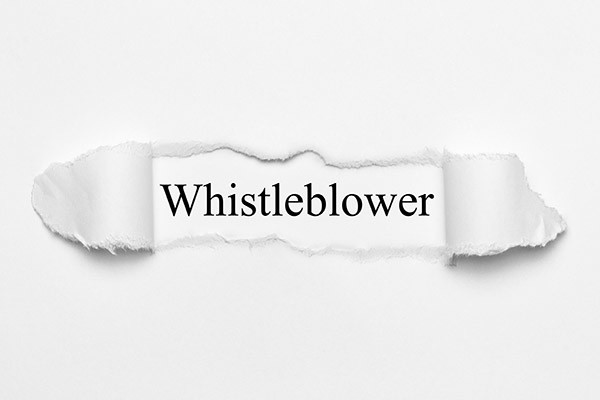 Statutory enactments by federal financial regulatory and various state enforcement agencies have made it easier, safer and financially enticing for employees and former employees to report corporate wrongdoing.

According to the U.S. Securities and Exchange Committee, whistleblower tips have been on the increase over the past few years as legislation has provided whistleblowers incentives to report fraud to the Securities and Exchange Commission and Commodity Futures Trading Commission and give protection against retaliation and disclosure of their identities. The SEC, using the whistleblower program developed after the recession in 2010 under the Dodd-Frank Act, has issued more than $130 million in rewards.

“I bet if you looked back 20 years, you wouldn’t hear much of anything about whistleblowers, but now there seems to be something publicized about them every week,” said Hodgson Russ Chairman Daniel Oliverio. “Because you hear about the awards and you see these agencies put whistleblower protections in place, you’re seeing these days a lot more cases filed because a lot more people are aware of these programs, including employees.”

In fact, Oliverio, the leader of the firm’s False Claims Act and whistleblower representation and business crimes, regulatory offenses and corporate investigations practices, said the firm gets 3,500 hits a week on its website material regarding whistleblowers. Hodgson Russ represents both defendants and plaintiffs in these actions. He said the Internet has much to do with the rise in these cases because information is much more accessible.

“That wouldn’t have happened 10 to 15 years ago. People are actually looking these days to find out what’s going on,” he said.

While some agencies’ whistleblower programs are better than others, the False Claims Act laws, enacted by Congress in 2006, seem to be working the way they were envisioned and maybe even more robustly, Oliverio said. There are many cases that still need to be sorted through at the federal and state levels, he added. New York actually has a broader false claims statute than the federal government, because it allows for tax fraud claims to be made to the state’s tax office

While the SEC garners much of the attention, other federal agencies like the Commodity Futures Trading Commission attempts to be just as active in getting whistleblowers to come forward with evidence of wrongdoing in an attempt to protect American taxpayers and consumers from abusive financial practices, according to Hurwitz & Fine attorney Andrea Schillaci, who used to work for the SEC.

To be eligible as a whistleblower, the information has to be provided voluntarily to the SEC or CFTC, it must be original information about fraud in the relevant markets, and it must result in a successful enforcement action of monetary sanctions of more than $1 million.

“Without somebody coming forward immediately, agencies might be a step behind the pace,” said Schillaci, head of the firm’s litigation department whose practice includes professional liability work. “With a whistleblower, it’s more likely that they’ll be able to find something while it is happening or immediately thereafter. It’s that much easier to minimize the damage a fraud would do on the market and have a successful prosecution.”

The penalties recovered can be substantial, and tipsters are entitled to between 10 to 30 percent. Recoveries can include back pay, front pay, compensatory damages for emotional distress and attorney fees, Schillaci said.

“I think there is a benefit for the government and as a result of that, for the public,” she said. “I think that this is just really the beginning of the cases we’re going to be seeing and the fallout that could happen as a result.”

The SEC recently brought an action against International Game Technology, which agreed to pay $500,000 to settle a retaliation claim. The whistleblower may have been wrong in this case but because the individual was retaliated against, the SEC took that seriously, according to Hodgson Russ senior associate Reena Dutta.

Schillaci said the commission brought an action against KBR Inc. because its confidentiality agreement with employees was perceived to prevent workers from coming forward. Without an allegation, the company was sued by the commission and agreed to a settlement of $130,000. She advised employers to look at their confidentiality agreements and address this issue proactively.

“You want to be in control of the process and don’t want to let somebody else make those decisions for you,” she said.

Oliverio said an employee can even take Health Insurance Portability and Accountability Act-protected information, if it is for the purpose of a legitimate False Claims Act or fraud type effort, even if HIPAA is the most omnipresent confidentiality statute out there.

“We were always looking for an angle in confidentiality stipulations and the taking of information unlawfully, so we can try to level the playing field a little bit, but most of those avenues are now all gone,” Oliverio said.

According to Carol Heckman, who leads Harter Secrest & Emery’s government and internal investigations practice, prior to these incentives and protections, companies would do their own investigations and attempt to keep internal discussions confidential. She said that is now viewed as impairing the rights of employees to communicate directly with the SEC.

Heckman said the SEC also goes after companies asking employees to sign waivers after they leave that place of work. SEC rules state that even former employees have a right to report violations.

It requires attorneys representing employers to look more closely at not only at a company’s confidentiality agreements, but also its severance agreements, she said.

“We stay on top of these SEC enforcement actions and advise our clients as to the SEC’s position and try to make sure they comply with these requirements, if they are subject to these requirements,” Heckman said. “The stakes are so high.”

Schillaci said it may be enticing for a potential whistleblower to go forward by simply looking at the recoveries, but the strong protections are present for a reason. Although information is never divulged about the names of whistleblowers, she said commonly their identity still leaks out.

“It’s not an easy road and it is not easy money,” she said. “It’s also very difficult because this is your livelihood and this is your employer, so there are difficult decisions that have to be made up front before you get in too far and realize this is not something you were prepared to sign on for.”

Dutta said a business should be analyzing the risks and benefits of self disclosing improper conduct when it learns there may be a whistleblower. The Department of Justice has asked that the company come forward when it does something wrong and it will receive a credit, although the credit is not specified.

Despite these efforts, Oliverio finds that employers are still rebuffing employees when confronted with concerns. He can’t remember any of these cases that the firm has been involved with — from the biggest against J&J, which agreed to pay civil and criminal fines in one of the nation’s largest ever health care fraud settlements, to the smaller settlements — where a whistleblower didn’t claim he or she reported the issue at some level of the company and it was ignored.

In J&J’s case it was a more than $2 billion lesson to be learned. It was a lesson that could have been avoided had the company just listened, Oliverio said.

He said the compliance buy-in has to come from the top and there must be consequences for those in the corporation that don’t take complaints seriously.

“We’re still seeing the same type of corporate indifference,” Oliverio said. “While the compliance department may be gung-ho, a lot of times we see middle-management or the first line of management that is not as gung-ho, especially in larger companies. That can be very harmful to a corporation if that happens.”